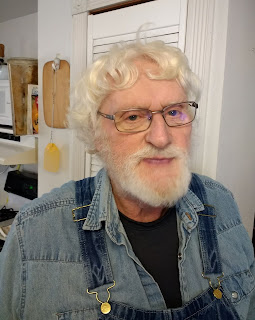 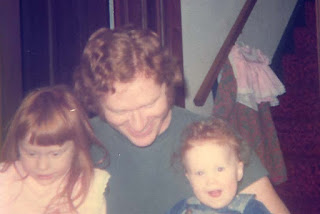 There’s always some reason humanity is a bummer.
This time, it’s because I’m a redhead.

I’ve talked before about the heckling I used to get from kids at school - as well as from perfect strangers - because of my red hair.

That doesn't happen, now that I'm a middle aged woman. Thank goodness. But media still happens. A few years ago I started keeping a tally of how often the bad guy or gal in books and movies have red hair.

Summary? Rates are way higher than the non-fiction ginger per capita numbers.

Then I started noticing all the ginger bashing in comedy.

Amy Schumer and her line about reasons we need Plan B, like for cases of “rape or incest or with a redhead.”

Yamaneika Saunders on Jimmy Fallon's The Tonight Show talking about how this was the first time a black woman had ever wanted to marry a “firecrotch.” (That term was new to me, actually.)

Yes it’s comedy, and funny, but I've had enough, thanks.

Last year, a woman asked me if I, as a red head, thought having red hair might affect a person's sense of self worth. I rolled my eyes, nodding emphatically. I can't count the number of fights on the schoolyard, the amount of shouted insults from strangers, the suggestions that I just “bleach my hair” that I got as a child.

The woman, who was a therapist, followed up: “Because a client of mine, a young man, is a handsome college student with red hair. Says he can't get any dates because of it.”

That’s what made Stephen Colbert's monologue about the speech from Joe Kennedy III personally satisfying. Colbert treated Kennedy as gorgeous, with zero reference to his hair color. Well, except to describe him as the love child between Superman and Conan O'Brien.


Is there a problem of anti-ginger sentiment in the United States, or am I just getting more sensitive to it with age?

Exposure allergy?
Posted by Julia Gandrud (aka JuliaLikesFrogs) at 7:45 PM No comments:

Can't stop loving this! I tried text to speech on a section I was writing, and got SciFi Beckett:
Hey Yellowbird yelled burn burn.
Cello stopped, hands on cold metal buckle.
Grab the lines, you idiot! Bon ben burn hollered. Cello did it.
He made it over to the cupboard. It took him less than a second to get there.
Push wish wish wish WHOOOSH. G forces are no joke. He pried open the cupboard,
and found a small cylinder inside. This it? He asked. Don’t know! Yelled castor. Does it look like it’s holding gas?
Experimentally cello Shockett shook it shook it. It was happy. There was a nozzle. Got the lights? He yelled back. Aargh! Yelled caster.
Blanca had a flint in her pocket. Blanca always had a flint in her pocket. She was right next to the cupboard, and cello took the flint out of her pocket.
He didn’t know how to use it.
Oh for dust sake exclaimed Blanca. She leaned over, And struck a spark while cello let out of tiny gasp of gas ounce there was flame.
Now what? Grab the wire next to it.
Caster talked to him like he was stupid. Which she was he was, or at least he felt that way. Melt the wire and seal the door directed castor now if I have to say anything more to you we will crash on that planet shield.
Cello sealed the door he couldn’t help thinking that maybe this was the last chance they had to get out of the satellite before it crashed on the planet.
Somehow, Part of him wanted to die burning up without on a metal exit skeleton piercing and crocheting and oh dear better stop thinking about that. All right exclaimed caster
you’d better be done cello because if we Lowndes and you didn’t do a Goodnuf job this shuttle will detach and the whole thing will be scrunched and burned on the surface. Blanca yelled back at caster,
oh shut up! If we die it has nothing to do with the seal not being secure, and everything to do with your pilot thing. Cello tried strained against the G forces,Pulling on the cord’s that had kept him from crashing against the rear of the shovel.
He wasn’t strong enough to pull himself forward.
Posted by Julia Gandrud (aka JuliaLikesFrogs) at 1:44 PM No comments:

I have just spent the last two hours trying to navigate the issue of the pink ear hats, and why they may or may not be offensive to people, on Facebook.

I was trying to determine exactly how offensive they were or weren't, and felt bad that something that had been so fun and well intentioned was now the arbitrary symbol of white supremacy. I felt bad for all the older ladies who had been so happy to spend all their time knitting those hats, and then banding together wearing them.

I still feel that labeling pink pussy hats as white supremacist is a little extreme.

However, lots of other people seem genuinely offended by them, and not for my purely aesthetic reasons. The Facebook group got tired of my asking for precision – I've been in the position of having to answer the same questions over and over, on sensitive issues related to female oppression.

So, I apologized for asking a lot of questions, acknowledging that it can be exhausting to have to explain your position over and over.

Hopefully, I did that one thing gracefully.

(I feel the need, right now, to go on Facebook, and look at what people have said, if they've answered me. It's that “someone is wrong on the internet, and this time it was me” thing.)

It makes me have more sympathy with white men. I mean, some little kid, defensive part of me is feeling like I'm just supposed to shut up and disappear, and they're making too much of it, and like clearly they don't want me to be their friend, how must white men be feeling?

I'm lucky to be in a position where I can feel both ends of that exchange.
Posted by Julia Gandrud (aka JuliaLikesFrogs) at 4:25 PM No comments: