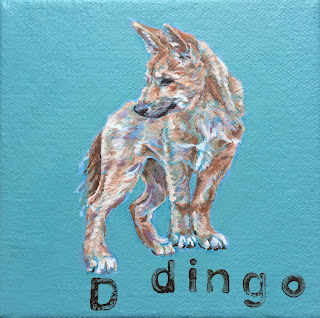 Copyright is tricky. I deal with it all the time.

Who would have thought being an artist would lead to such a concern for the law? Spirit of it, at least.

Will my own images be used without my consent?
Am I taking advantage of any photographers by using their work?

I try, very hard, to be respectful of photographers. They work to get the subject, the perfect shot, and they work to make it better, and then they put it online for all the world to see, hoping, just like I do, that no one will steal their work.

Usually, I get my images from sites where photographers post their photos for free use. Sites like morguefile.com, or, when usage has no conditions, Wikipedia. Occasionally, I remember to cite their names, even when the sites doesn't ask for that. Seems like the least I can do, and, all too often, more than I do.

Some photos on Wikipedia have a share and share alike term of usage, meaning that, if I paint one of the animals from one of their gorgeous photos, I would have to make the image of my painting free, too.

Not the painting itself, but still. That's days worth of work. Not feeling that generous, apparently.

Here, I listen to the counsel of my savvy neighbor: what if an editor wanted to publish an anthology of paintings, but the share freely clause meant copyright issues? 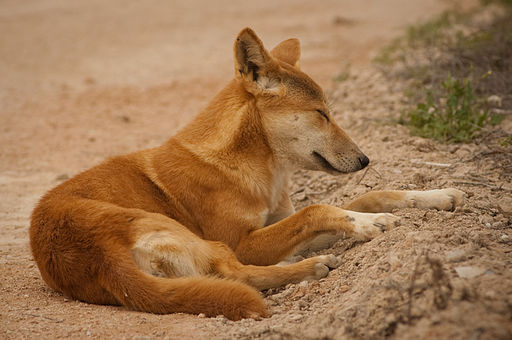 And the Paul Copeland photo I ended up using, from morguefile.com, also beautiful: 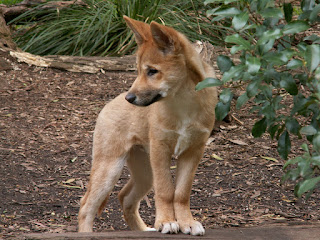 Thank you, Paul! And maybe I will paint Henry's photo, too, because I just can't help myself...

Question: Am I not being supportive of the photography community by using photos people post for free?
Posted by Julia Gandrud (aka JuliaLikesFrogs) at 9:31 AM No comments:

Showing at Grasmere in Bristol

I've replaced them with a goat, a hedgehog a dingo, and another fox.

And I'm working on a squid and, maybe, a three-toed sloth for T, as per my daughter's suggestion.

I'm so excited to go and visit Beth and Peter's shop, Grasmere! 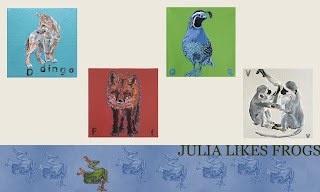 Posted by Julia Gandrud (aka JuliaLikesFrogs) at 8:38 PM No comments:

For me, coming out as bisexual is either ridiculous, or feels like an unnecessary reveal about something that is no one else's business but my own.

So why do it? Well, largely, I don't come out. In spite of the blogging, I'm a pretty private person.

In middle school I had my first boy crush, in high school my first girl crush, and I've had as many serious girlfriends as boyfriends (though most definitely not at the same time). I joined BAGLY (Boston Alliance of Gay and Lesbian Bisexual Trasngender Youth – note the order? And the absence in the actual acronym? Oh well. They were still hugely helpful for me) while in high school.

Just before college, I had an accidental pregnancy. At the same time that I had mononucleosis, was going to a women's college, and had an identity crisis. I thought I was a lesbian, instead of being bisexual. In spite of my mad mad crush on the computer dude who worked in the labs, but then I also had mad mad crushes on a few of the other female students.

Now, I'm married to a man, who I met and fell in love with soon after college.

I live in the suburbs, I'm married, I have two kids, a cat, and two cars. Where in daily life does sexuality come up? When a neighbor says something homophobic? Nope, 'cause the only neighbors who ever say anything homophobic are themselves queer.

I was at a conference recently, and talking to a woman about her book. She mentioned that the name of one of her heroes is Quim.

So I squashed a snort. Then I laughed. Then I said, “You might want to rethink that,” and explained.

“Funny,” she said, “someone else told me that a while ago. She was a lesbian too.” I must have given her a funny look. “Oh, I just made an assumption, didn't I? It's my gaydar.”

“Well, half an assumption, yes.”

The last time anything like this happened to me, I also had really short hair, and it was 20 years ago – a woman at a pancake house told me I was in the wrong bathrooms. “The men's room is over there.” Okay yes, that woman was completely confused, and not just about my sexuality...

Everyone makes assumptions about other people's sexuality. In my case, it's usually that I'm straight. What am I supposed to do, go around telling them they're wrong? Hmm. Maybe. Rude?

Nomenclature is a big part of the problem. “I'm bisexual.” “Ugh, TMI!” (Whispers behind hand, “Creepy, she just told me what her sexual preferences are. Next we'll be hearing about that retired couple's night time fantasies.”)

What could we call bisexuality so it doesn't feel too intimate? There are LOADS of slurs, centering around the idea that bisexual means being on sexual overdrive, or can't decide, etc.

Part of the problem might be the public image of bisexuals, mixed with our invisibility. We know a lot of sexy actors and popstars, but how many of us know if our accountant is bisexual, or anyone in Congress? One, Kyrsten Sinema, (yay! coincidentally bipartisan... hmm) right?

Also, just to clear up two possible points of confusion: just like the gay man down the street (happily married, probably) isn't interested in men who aren't gay themselves, neither is a bisexual man or woman interested in someone who isn't likely to be interested back. Making allowances for Victorian unrequited love, of course, and celebrity fandom. And, just because a bisexual man or woman is married, that doesn't suddenly make them binary. Just like a straight woman still sees a heart throb, even if she's happily committed in a relationship.

What if bisexuality were called something cool? We don't even have a fancy island name: “Hi, I'm a lesbian” has some poetry. “Hi, I'm gay” sounds like your sense of fun has been fine tuned.

Maybe I'll just commandeer one of the Hogwarts' house names. From now on, “I'm Ravenclaw” means “I am just as likely to have married a man as a woman, and I am really happy with my choice, but that does not make me straight, or homosexual.”

Identity politics. They never leave you alone, do they?
Posted by Julia Gandrud (aka JuliaLikesFrogs) at 9:47 AM 7 comments: